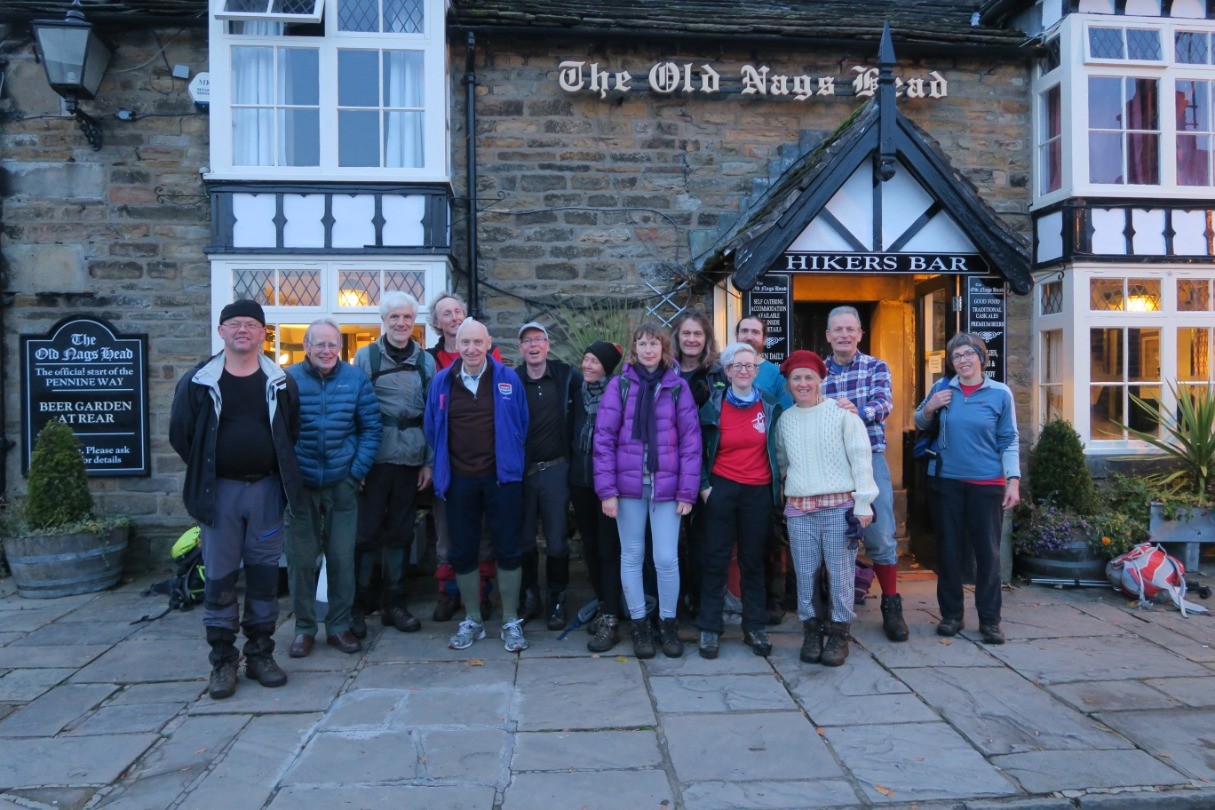 We assembled outside the Penny Pot café, sun shining in honour of the club’s founding.  Members from a wide spectrum of ages and eras had turned out and we set off along Harden Clough, tacked across to Barber Booth and then took the Chapelgate track.  At this point Roger and Alan left to do their own walk.  We arrived at the Pennine Way to meet Iain and Keith who had cheated and strolled up from a nearby layby.  Generally a bit behind schedule by then we nevertheless stopped for 2 minutes’ silence in remembrance of those who died in war before commencing the tedious tramp along the paved footpath, happily offset by much socialising.  Coffee and in some cases lunch took place in a grassy gully just before Jacob’s Ladder, bathed in sun.  Iain and Keith had had enough of us by then and headed off down the ladder.  The rest of us picked up the pace a bit realising we still had most of the walk to do.  By 2 o’clock we were at Kinder Downfall and eating lunch.  The next stretch might have been tricky were it not for Mark leading the way.  Plenty of stream hopping and mud splattering as we snaked across Kinder following the stream until it ran out.  Some members considered scrambling down Crowden Clough via the waterfall but common sense prevailed and we took the less challenging path to the side.  The final stretch from Upper Booth was soon completed, temperature dropping as the sun faded to be replaced by a large fuzzy moon.  We arrived at a very busy Nag’s Head and gathered outside for a final photo shoot.  Thanks to all for a great day, in particular to my co-leaders: Joe - chief map reader, Emily – chief communicator and Wavy – chief back stop and photographer.  Our founders would have been proud.