Twas a cool day with a touch of snow on the ground as we climbed from Lens up to Bowstones , the views back down to Whaley Bridge were wonderful with a touch of cloud hanging in the valley (of course this may have been steam rising from Duncan and Sab who set off half an hour behind the main group, with an extra mile and a half to cover and still managed to catch up). Were they fast or were the rest of us slow?

This year in an attempt to add a little variety to the route, we set off towards White Nancy which we reached by simply following the Gritstone Trail from Bowstones (Bowden would have been pleased). Just before we started the last climb to the top Duncan and Sab came into view, he was striding out purposefully whilst Sabs legs were blurred as she was forced to run to keep up - fell race organisers please note!!!!

From White Nancy we dropped down to the Rising Sun at Rainow where Mark was delegated to 'Remove Muddy Boots Before Entering' the landlord obviously didn't know us as he had no objection to us using his picnic tables to eat lunch on.

After lunch we followed a track up to Lamaload dam before climbing over to Jenkins Chapel from where we followed the valley back to Lens.

The previous night it had been the old peoples Pantomime in Kettleshulme and Len had mentioned that some of his friends were walking to White Nancy tomorrow. The general view was that we wouldn't get back in a day. Len explained that it was an experienced party and that some of them had climbed all over the world. To which the reply was 'Ah yes but have they climbed White Nancy before ?'

Lens Bungalow soon got nicely warmed up as the tea and soup flowed and the chat began in earnest.

Thanks are once again due to Ethyl and Eric for organising the catering and of course to Len for squeezing us all in.

To Kettleshulme along the A6 road to Whaley Bridge, turn right at the trafic lights to Kettleshulme 2 miles. Park in Paddock Lane. Please don't obstruct any private drives. Phil Ramsbottom will lead the Walk. Choice of pubs for Lunch, the Bee-Hive in Combs, the Highwayman above Rainow or Cat and Fiddle. All good walking country. Tea and coffee available from 8:30am onwards

Ken Beetham says the walk will take place from 1 Paddock Close, Kettleshulme starting at 9:30am prompt. Bring torches, which often get forgotten to the extreme discomfort of the individual. So lets have a good turnout just before the last Xmas prior to the famous millenium. Please park carefully on the lane, for newcomers its opposite 'THE BULL' where base camp will be assembled no doubt around noon. All are welcome whether walking or not. 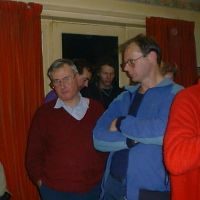 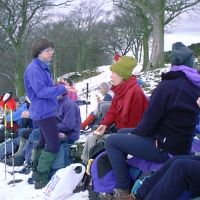 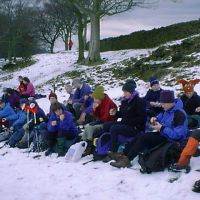 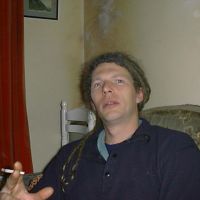 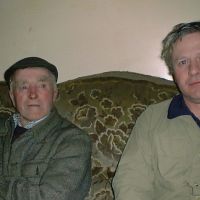