I woke up on Sunday morning in robin hoods cave and peered out into the horizontal rain, this didn't inspire me and thus I made what I consider to be a very sensible decision and snuggled back down into my bivi sack for a bit more sleep.

I awoke again at about 10:15, which wasn't the best start for meeting my meet party at 10.30 at Hathersage station. So I packed up and said goodbye to my fellow cave inmates including Wavy and Al. Then headed down to Hathersage with Ian and Scott and arrived safely at 11 to avoid going for a walk in the driving rain.

At some stage during this I received a phone message from Sheena asking me were I was; so I returned her call to find that my meet involved having a walk along the tops. Currently they were in the vicinity of Millstone.

After breakfast Al, Scott, Ian and myself went to have a look at Horse Shoe Quarry but it was raining there too. After several telephone conferences with Sheena and the rest of "my" meet party, who had also decided retreat was the only option, we all attempted to meet up in Outside.

Anyway, due to my complete failure to attend my own meet here is the meet report from:

Roger, Neville and I travelled by shared transport, the rest by train so fulfilling environmentally friendly regime of meet.

Despite good intentions, the weather was not in our favour and we felt obliged to ensure Roisin and Neville were not stressed by adverse conditions. Hence from Hathersage we made it almost as far as Higgar Tor before beating a retreat in teeth of driving wind and rain to reach the sanctuary of Nevisport and Outside. In escaping from the hill, we needed whistles to maintain contact within the group, hence not quite maintaining best KMC traditions of losing people en route. (However since the rest of the meet lost itself maybe we are exonerated?) To the best of our knowledge the local MRT did not feel obliged to respond to our distress calls. We are recommending to the Committee that the Club invest in a border collie to round up errant and wandering members/meet leaders in future.

I'd just add to that, that it is a serious reflection on the navigational skills and fitness of the rest of the party that Colin made it back to Longlands with Roisin on his shoulders 15 minutes ahead of the rest of us... AND we spent an hour at Outside without Sheena actually buying anything. We did think Sheena might be asked to leave because of the trail of mud following her around the shop, not to mention the poor young man putting 41 litres of poly bags back into a rucksack..... but their Top Ten Spenders have special dispensation.

We will meet at Piccadilly station at 10.30 (under the destinations board in the main foyer), the aim is to walk from the Edale line to the Glossop line. I have several routes in mind, a horrible weather walk, a not so good weather walk and a bearable weather walk. I will decide on Sunday which one we are doing, please note these start at different stations on the Edale line. 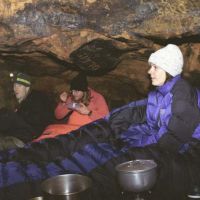 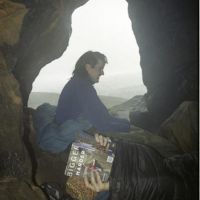 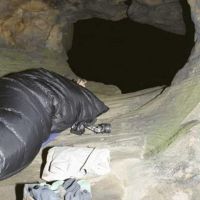