This was an exceptionally clear, dry, bright and crisp day, ideal for a winter's day scramble/walk in the Lakes.

After I arrived, late, we set off at 10.30 from the New Dungeon Ghyll car park, followed the path up to Stickle Tarn, then turned left along to the start of the ascent - the east ridge of Harrison Stickle. Given the numbers and the equipment we had with us, we decided to join the ridge at about a third of the way up by approaching it higher up from the left hand side (thereby missing out the first rock step which is graded 3 and would have required at least 1 belay pitch). This meant that the ridge could be taken directly and on dry rock with holds aplenty, various routes could be taken along the ridge. Ascending higher, more quickly, we soon encountered both snow and ice and scrambling had to be taken with more caution to ensure the friction was sure. Above 600m we entered mist and visibility was reduced. The rock ascent was done surprisingly quickly and one by one we arrived on the summit. Amongst the mist, less than 2 hours from the start, we huddled behind boulders to enjoy our lunch.

From the summit a slightly reduced party headed onwards towards the Pike of Stickle. As we descended the summit the clouds lifted to reveal beautiful views of the surrounding snow clad mountains in front of clear blue winter skies. Feeling slightly "unclimbed" by the east ridge of Harrison the party instinctively scrambled up the Pike, where in milder conditions, another food/drink stop was taken.

With the party reduced further we carried on along the Snake Pass until we reached the aptly map named "Pile of Stones" where we had another er, food break!

It was now about 3pm and the party had dwindled to 7! The excellent weather conditions and dramatic views demanded that we followed the fell south, ascending again, to Rossett Pike. The walk had taken us to a full right angle of Harrisson Stickle and the initial ridge scramble seemed like a distant memory as we gazed across at it.

Now it was after 4pm - surely not another summit. Bow Fell beckoned as we looked up from Rossett. The party now numbered 4 and we arranged to meet the others at the Old Dungeon Ghyll. The view up towards the summit revealed a snow gully (unsure of its name ? answers on a post card?). Never one to shy away from a challenge, David Lygate ascended the 70 degree gully with a single ice axe! The remaining 3 of us took the less direct ascent from the west. The much higher Bow Fell summit (910m) proved to be difficult walking with numerous iced over rocks and hardened snow patches. I, for one, began to regret this new ascent, my gear and rope-laden backpack began to feel heavy and with all 3 of us slipping on ice, the pace started to slow. David could be seen - axe in hand, making far more headway to the summit.

As we all met up at the top, the views began to unfold again as we scrambled above the mist. The northern mountains pointed up out of the clouds. To the west, Scafell Pike was silhouetted against a pink sunset. A full moon hung heavy to the east and bristling winds chased the clouds below us over the southern peaks. Needless to say, cameras were out as we admired the dramatic views.

Daylight was going and we struggled to stay on an ill-defined path along Crinkle Crags as we descended. At approx. 6.30pm it was dark and along with the moon, our head torches helped us with our footing and ice avoidance. Despite this, a few slips did occur which made the walk down more interesting !

The pint of Guinness at the Old Dungeon tasted magnificent as we collapsed down in our chairs and exchanged stories.

Thanks to everyone who took part in this meet!

In between Pavey Ark and the Pike of Stickle, Harrison Stickle is the highest of the Langdale pikes and offers spectacular views of virtually all the lake district mountains on a clear day. The rock is exposed but sound and the ridges are both challenging and exciting! (well they said the piece was designed to drum up support for the meet).

The plan will be to ascent the east ridge (250m scrambling 2 to 3 / climbing - moderate / winter 2) if the weather conditions are appalling and there is a strong wind (given the time of year then most likely) then plan B will be to ascent the nearer and easier Southeast ridge (110m scrambling 1 / climbing N/A / winter 1). Decent is via several paths pack down to the north and west and again will depend on time and weather conditions. The meet starts at the car park opposite the New Dungeon Ghyll Hotel (the first one you come to) the approach starts behind the hotel (GR 295 064). If we can aim for 10.00 for a 10.15 start this should allow us enough time to get back before dark. It will be advisable to bring a rope etc. if we decide to do the east ridge. 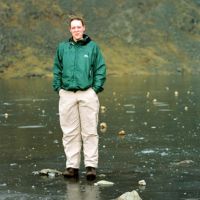 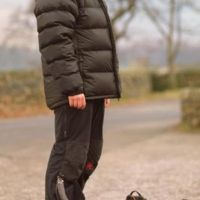