The weather forecast for this weekend did not look good & scared away most of the KMC winter regulars, this left just a determined few heading north. However, our efforts were richly rewarded as the bad weather arrived late & Saturday proved to be a perfect example of 'the calm before the storm.'

As Saturday morning dawned, we could see that it was a perfect winter's day, with a good covering of snow on the hills, blue skies & no wind. Scott, David & Roger chose to attempt the Aonach Eagach Ridge from east to west. Being one of the last groups to leave the car park, we were able to follow an easy trail through the deep snow & pass a fair few parties. However, this also meant that when we reached Am Bodach we had caught the two large groups at the front. Through getting something to eat, trying to heat up camera batteries that would not work (it was a day where you had to get some pictures) & gearing up, all the groups we had passed were now also at the summit. We ended up last in line & had to wait for over an hour to start down the chancellor, luckily it was in the warm sunshine & we got time for a lot more photograph opportunities! Unlike all the previous groups, where everyone was belayed, we decided to solo this first down climb. We found little of difficulty & next to no ice, so since this is reputed to be the crux of the ridge, we decided to keep the rope in the rucsac for the rest of the day. Without rope, we made light work of the remaining ridge, catching all of the groups in front & making our descent straight into the Clachaig's bar just as it got dark. We had a few well deserved pints of 80 & toasted what had been a perfect day before reminding Roger he still had to hitch back for the car.

The rest of the KMC at the Alex Mac went to Aonach Mor via the gondola. Jenny, Cath and Al climbed what was Jenny's her first ever snow gully, a 400m grade 1, which was apparently also a first for her brand new boots. They then descended the piste in style by elegant bum-slide, while Al glissaded on the soles of his boots.

Duncan & Colin were on the West face of Aonach Mor & climbed 'Golden Oldie' which was in powdery condition. But since it was such an incredible day they even found themselves at the summit cairn with no complaints from Duncan, so certainly a day out of the ordinary. Duncan also broke a crampon during the climb, but managed to buy a new pair in Fort William for £40 & in less than 20 minutes (Mr. Marsden has a lot to learn from this shopping technique.)

On Sunday, Roger, Cath & David attempted the Buachaille Etive Beag from the South & Glen Etive. The bad weather had now arrived, so we enjoyed extremely high winds & heavy rain. This was the start of a week of rain that was to wash away all the snow. We made the summit of Stob Dubh, but abandoned our attempt at the ridge, as the wind was so fierce we had trouble staying on our feet!

Al and Jenny were more sensible & had a leisurely late breakfast enjoying the scenery in dryness and comfort by looking through the window. Then like the others drove home.

For those that had made the effort it didn't matter about Sunday. It was a highly enjoyable weekend & Saturday was all that was needed.

The KMC's Winter Glencoe meet is the club's once in a season opportunity to visit a most incredible and magical area in winter for walking, climbing and skiing. However, such wonders come at a cost, there are only twelve places available. So with the level of interest that has already been shown (pre-publication), we suggest that the hut fee of £3:50 per night (cheques for £7 total payable to the KMC) is forwarded to the meet leader as early as possible to secure your place.

Scotland in January, will there be snow?

Now that all fears have been banished, back to scenario 1. Glencoe is a magnificent place in the winter or the summer, but especially in winter, be it for walking, skiing or climbing. So here are a few of the local areas of interest:

Plus many, many more including the suggestions above and everything else on the road down south to Glasgow.

I think that all of these areas speak for themselves. So if you are interested plus have appropriate experience and equipment, then e.mail, phone, or see me in the pub on any Thursday night, (places are on a first come first served basis.)

The Alex Mac. Hut is adjacent to the Creag Mhor Hotel in Onich and accessed from the A82 (Grid ref. 046612, OS sheet 41 - Ben Nevis). SMC hut guide - "The hut has 16 places, mains electricity and water, electric and calor gas cookers and heaters; all utensils; hot water and showers; drying room, with car park at the rear of the building" and as a special surprise, I have been informed that a lot of work has been done this summer, so come and see the changes. 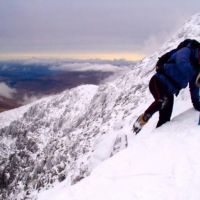 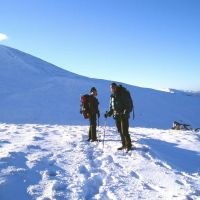 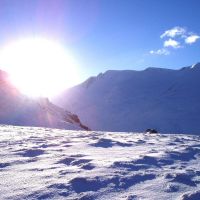 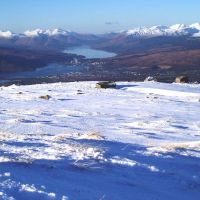 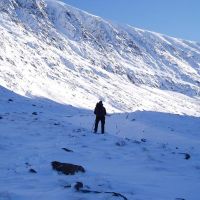 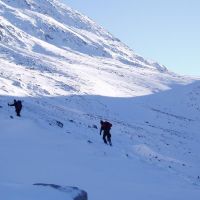 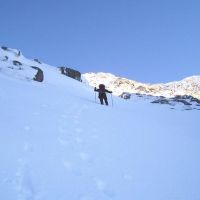 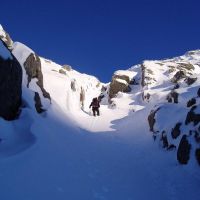 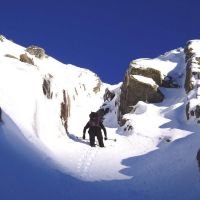 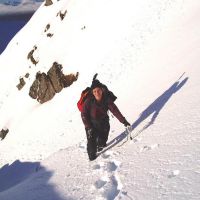 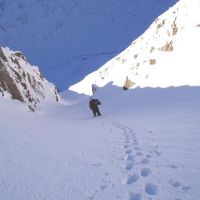 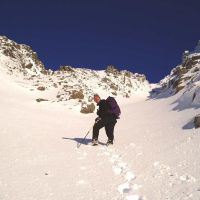 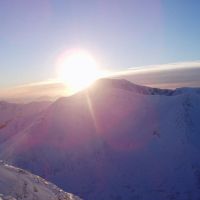 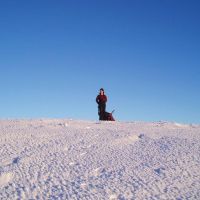 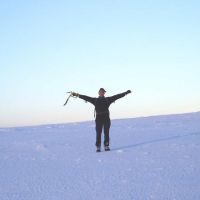 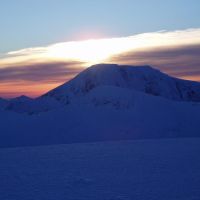 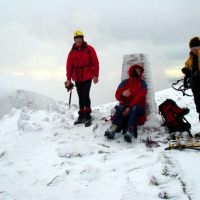