The extra day of the year was a glorious one - endless clear blues skies, sunshine, and a dusting of snow. We set off up a Stickle Ghyll dripping in icicles and walked round to Jack's Rake. This classic scramble up Pavey Ark offered up a little extra frisson by providing icy patches at one or two more delicate points. Below, Stickle Tarn, frozen in places, was a deep shade of steely blue. Pete W and Alan (L) J felt the walk was a bit short so did a longer ascent and we met up at the top.

A brisk pace took us over the summits of Harrison Stickle and the Pike, after which we had lunch. Our President proffered his top make-up tips (coconut is a nice fragrance) and hot location shopping spots in Didsbury (where else?). "In former times the KMC were tough men" said Peter S ". can I try some of that cream for my face, Joe?"

The clear air provided views from the top of Bowfell stretching east to the Pennines, white with snow, west to the Isle of Man, suspended above the horizon, and north to Scotland, beyond the Solway Firth.

We returned down The Band and some ran back gasping to the NDG (Lorna and Peter S) where bottles were already being rapidly emptied (Pete W) and via the ODG for those desperate for a fix of Yates (Dave).

I enjoyed a great day out, thanks to all those who came along and commiserations to those DIY-ers who didn't.

I've just discovered that Dan lead an almost identical walk to this last but since I wasn't there, here it is again!

Meet at 9.45am for a 10.00am start outside the New Dungeon Ghyll Hotel in Langdale (GR 295065). The car parks tend to fill up, nor are they free, so please try to share cars. If you can offer/require transport, let me know.

Route: Up Stickle Ghyll to Stickle Tarn; Jack's Rake up Pavey Ark (3* grade 1 scramble) or walk up if preferred; Harrison Stickle; Pike o' Stickle; round the head of Langdale Combe to Angle Tarn; Bow Fell; Three Tarns; down The Band; through Stool End Farm to the ODG and the footpath back to the car parks. 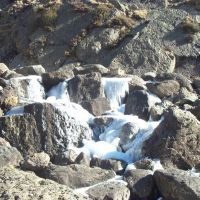 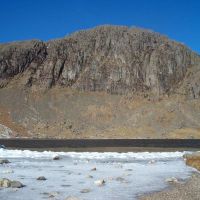 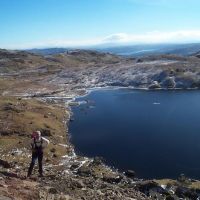 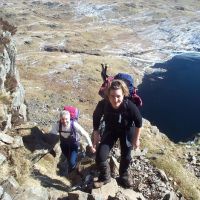 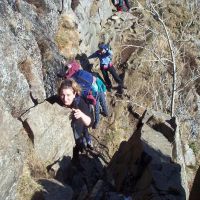 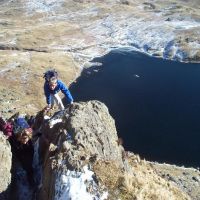 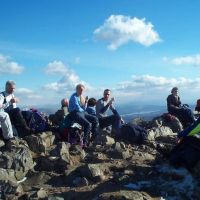 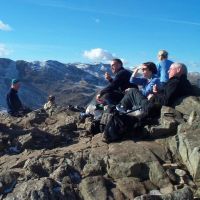