Those people who like to be right will be delighted to know that it rained for the long Cornish weekend. But a hardy, although reduced, crew did brave a campsite well beyond the shelter of "Count" Metelko's abode above Bosigran for some pretty windy and wet weather. OK so Roger and Annie did make a slight retreat after the tent some nice people had lent them turned out to have tinfoil poles, but they got extra points for arriving a night early with Wavey and Trish for one of the best days of the four.

Friday saw them exploring the John Wayne memorial crag and an area just below the airport where several aeronautically named lines were climbed by all and heckler started to earn a reputation as a good "crag dog".

Despite a small downpour the traditional barbecue was observed (inside a tent!) with Wavey getting very inventive with umbrellas.

Sunday wasn't quite a washout due to the pasty crawl in St Ives for the heathens amongst us, and I am sorry to say that after all our exhaustive research I still can't remember but if you want to know ask Trish, as last time I saw her, she still had some in her pocket. After a good beverage at sundown the count tried to lure us to the comforts of his lair once more but three remained at the campsite for a final night.

Monday began windy but clear and while the mud maiden of Helegan lured two of our number Northward, Roger, Annie and doggie did get to chair ladder and explore the cliffs while Al and I got a couple of ticks on Diocese and Bishops rib (minus the wet pitch). Once again we stayed rather late and made it back to Manchester just in time to get to work the next day.

This time It's a long weekend in Cornwall and yes I know it is a drive but it WILL be worth it - almost all routes mentioned below are three stars, short walk ins and great for photos to scare your mum with! We are staying at Trevedra farm just above Sennen Cove which puts it sand-between-the-toes walking distance from the quality evening/short day crag of Sennen (lots of excellent low grade routes including the awesomely photogenic Demo Route HS 4b).

We will begin the climbing exploits at Bosigran on Saturday (a mass ascent of Commando Ridge VD will aquaint the visitor with sea spray and local atmosphere before maybe moving on to something even more thrilling like Black Slab Diff, more character building like Doorpost HS 4b or more Chilling like Bow Wall E2 5b).

On Sunday we pop South to Chair ladder for a wealth of stars and mixed grade routes at the bottom of the abseils to the sea (no need to via Ash Can Gully: Ed). The worlds most scary V.Diff - terrier's tooth awaits aspirant leaders (in fact its so hard its now HS but then so is everything in Cornwall more or less!) but for the full Chair Ladder tick you have to do something with an ecclesiastical name such as Diocese VS 5a or Bishops Rib E1 5b.

On Monday we'll mop up a few routes on Sennen and make a sandcastle or two on the beach before heading back - those keen for a final thrill should either go surfing or check out the Right Angle HS 4b behind the Gurnard's head pub/seafood restaurant on the road home.

Camping costs £4.50 per night per person plus £1 per tent, transport will cost a bit more but let's all get together and share some cars as the drive is going to clock up some carbon - I will collect anyone who gets the train to Penzance! (eat your heart our Anderson's Taxis). Early arrivals can just use my name on the booking and they'll show you where pitch up - www.cornwall-online.co.uk/trevedra/. Don't forget to pack a Barbie! 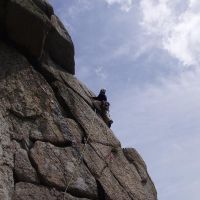 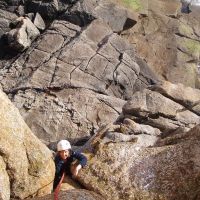 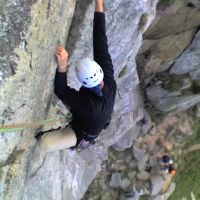 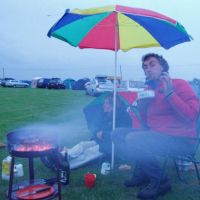 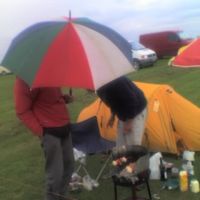 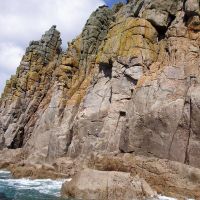 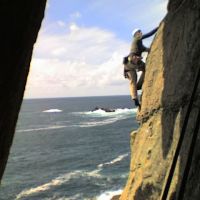 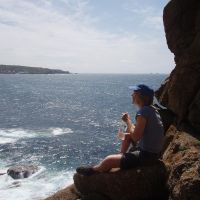 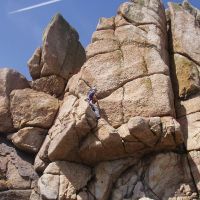