The advance guard arrived at the Hut on Thursday to secure the KMC booking which had not been quite confirmed and entailed a few last minute negotiations with Sue the Hut warden. But all went well. By Friday evening most of the rest had arrived and a very pleasant evening was had in the Stickle Barn accompanied by the serenading of the local travelling bard.

Saturday morning Gavin arrived from Ohio with a bang. Much to Jim's chagrin. Gavin always did liven things up. But I will leave that story for the insurance companies.

The sun was not shinning but Kirsten was. With her optimism and beaming smile even the old slouchers ventured out for a stroll around the Langdale Pikes. A classic route was followed by the early party - Stickle Tarn, Jacks Rake, Lunch in the rain, Harrison Stickle (can anyone explain to me and our overseas colleague what a Stickle is), Pike o Stickle, Angle Tarn and for the meet leader and John - Rosset Gill and the Pub. For the younger and /or fitter, Bow Fell and the Band was the preferred route to the Pub. After sorting out a bit of insurance business Jim, Sandy and Gavin did a variation on the above walk. Chris Thicket was seen pursuing a veteran of the FRC in the direction of Pike O Biscoe. John Cox was in Langdale assisting runners doing the 'Bob Graham'. I met him on his return from Broad Stand. Cathy Devine and Jeremy Engineer were also spotted in Langdale.

The weather may have kept most off the rock on Saturday but not Duncan and Vicky. They attacked some wicked routes on Scout Crag. Overhanging, fist jamming Severes and V. Diffs with no protection. I checked them out on Sunday and they were well wicked!

Sunday was well named and hot, so most headed for the rock. Teams climbed on Scout Crag and White Gill. Fantastic climbing in a fantastic valley. John Dobson had to leave in the morning for a motor cycle lesson (about time after 30 years of faking it) and reported that by the time he got to Preston the skies opened and he got soaked and his lesson was cancelled. We encountered dark skies and very wet roads at Bolton and heard about the torrential rain that had covered most of Manchester that day. It is great to get away now and again.

17 hut places available at £4 per night. Make sure you book your place early, and fill the venue. 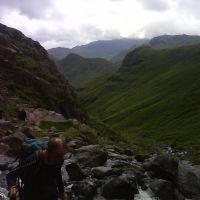 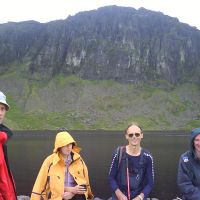 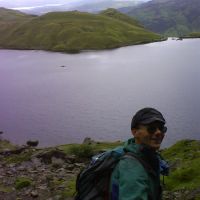 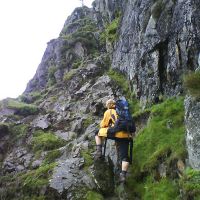 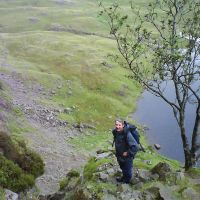 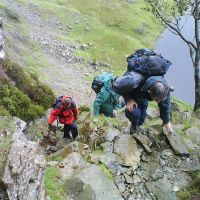 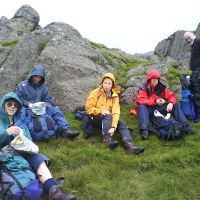 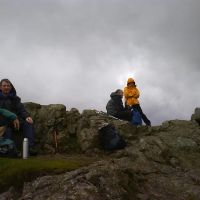 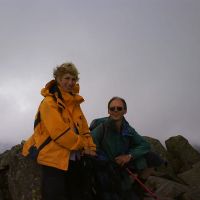 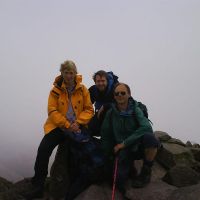 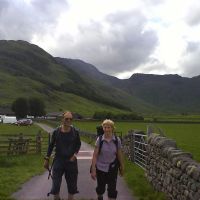 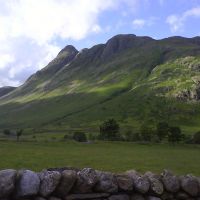 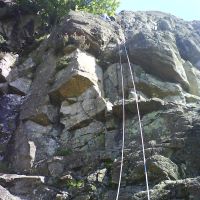 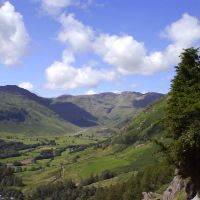 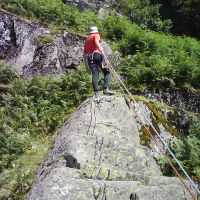 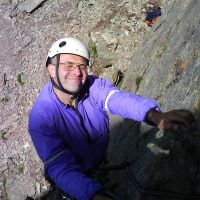 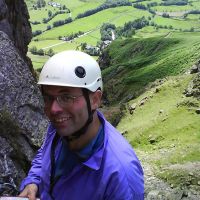 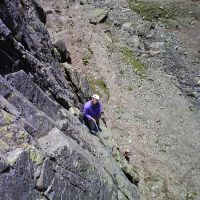 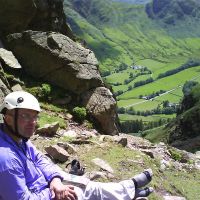