On the previous day, Saturday December 1st 2007, Len Stubb's ashes were scattered on Black hill above Kettleshulme. Although very windy the weather was kind to us and the views were excellent. A brief break in the clouds let a patch of sunlight light up Kinder Low. Ken Beetham read out a short piece and Len was duly laid to rest in a marvellous spot. 22 club members were privileged to see Len settled in the hills he loved.

The Sunday meet was a long way from Kettleshulme and, while Len was not there to greet us at the end, it was certainly a day for kindred spirits in the tradition of the meets at Len's.

The day really kicked in for me as James, Kasia and I in James' Ka, boot laden with beer, began bouncing and lurching our way up the track to "The Hey" - Richard and Pat Holt's salubrious Bowland hideaway. As the water in the deeper potholes approached the top of the wheels the only thing that kept us going was the sight of the Casticks in Midge's tiny sports car somehow staying above water in front.

When we arrived, there was a Dave getting everybody nicely parked up around the house, and there really were a lot of bodies - fishing walking boots out of their car boots, donning waterproofs against the incoming rain and greeting old friends - some not seen in years. Like most others I nipped in to use the facilities and set a return time with Pat. Inside I paused in awe, marvelling at the rows of neatly laid tables which covered every inch of downstairs space apart from the Kitchen where Pat's crack team were hard at work on dinner. I suppressed an urge to sample the wealth of beverages on offer and dragging a few more bodies out into the rain with me joined the throng outside.

For the walk itself eighteen hardy KMC members past and present set off down towards Beatrix (or was it Tiggywinkle?) with a smaller party of three and a HUGE dog sweeping the rear.

Thanks to my careful reconnoitre a few weeks beforehand only about 80% of what we walked, waded and slithered through for the first two miles was hard going - the other 20% was simply wet and uphill. Fortunately there was no shortage of banter and the morale level remained above the waterline so when we turned up into the Dunsop valley on a drier path there was no stopping us. Most walkers made it all the way up to Whitendale on either the left or right bank of the beck as the groups split with some headed back down the valley.

For those hardy enough to stay on, we remembered this was a "Len Meet" and had an al fresco "pub stop" and cracked a few bottles of "Old Stubby" before our final uphill bogwade over Dunsop Fell. By the top we were looking pretty wet as we posed around the Trig point for James before striding purposefully down through the bracken, negotiating a wall, wading a final monster puddle and back to "The Holt".

Our labours had not been in vain for food awaited us, the ambrosial like of which I have never before experienced on a KMC meet. The menu cards on the tables showing that rakish picture of Len Stubbs in his heyday insisted that we move round between courses (yes - this was a three course meal with wine, beer and coffee flowing) to talk with ex-members. In this way I spoke to many faces new to me from the former members' contingent Pat had marshalled from far and wide. I heard tales of Audrey taking "young Joe Brown" on his first Severe at Laddow and of more ranging from the horrific to heroic - I'm not sure which of these the bootlace abseil came under but the talk was both humbling and inspirational. None of this more so than a moving after dinner speech by Len Stubbs himself ! Captured a few years ago on audio tape by Jim Gregson, Len told us of the club's first meeting on the 11th of November 1944 at the Nag's Head in Edale, its naming and some of the antics of early meets.

The meal was rounded off by a thank you from Derek Seddon on behalf of the KMC to Pat "The power behind the throne of Len's walks", Richard and their family for their outstanding hospitality and generosity. Derek presented Pat with a pack of the "Old Stubby" beer commissioned in Len's memory. A collection was taken on behalf of the Mountain Rescue. The amount raised, together with a sum voted on by the committee will allow us to donate £250 to the MR this year.

I cannot thank Pat enough for putting the event together, which was a fitting way to remember Len and revel in the past of the KMC. My hope now is that both the older members present and those who could not be there in person will continue to hear of active exploits of the KMC that will make them as proud to be associated with the club as its current members are proud of its history.

Those present at the meet and eats were:

From all accounts, Pat Holt put on a stunning effort with the afternoon meal, well beyond the call of any duty. As an example of the detail involved I've posted the text of the impressive Menu here.

The Kettleshulme meet is a real must do for KMCers and in my experience one of the best attended outdoor meets of the year. This year however there are three major differences:

We will be meeting at 11:30 at Pat Holt's house "The Hey" SD675524 (Maps: Landranger 103 - Blackburn & Burnley or Outdoor Leisure 41) where there is ample parking reached by a rough track. The walk will be a comparatively gentle one around the Southwest end of Beatrix Fell up the river Dunsop to Whitedale before climbing upwards to the trig point 431m then over Dunsop Fell and back around to the Hey. There are two minor alternate routes: a) If the party is stronger than anticipated we will take in Croasdale Fell and b) if we are in a hurry to get back to a hot dinner at Pat's we will avoid the summit above Burn Fell.

Several of the clubs ex-members will be present at the meal at the Holt so as well as a good walk this should be a great opportunity to catch up with some old friends and enjoy some good nosh!

Also, the ashes of Len Stubbs will be scattered on the top of Black Hill North of Kettleshulme (SJ989825) at 3pm on Saturday 1st December, anyone wishing to be there is welcome to meet Midge Castick for the event and afterwards for a quiet drink at the Bull at Kettleshulme, Len's local. 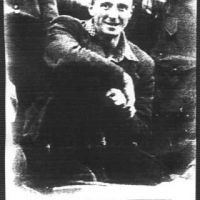 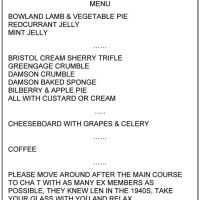