A meet or a woolly gathering? It started off with two people, went up to 3 for a few days, had 8 in the middle and ended up with three, none of whom were there at the beginning. A happy event in any case with a lot of good alpine work. Fair to good weather on the whole.

Meet leader Grantham started the ball rolling by forgetting his tent pegs and having to sleep in the car. His serene companion Sara, who had never been camping before, never mind mountaineering, didn't bat an eyelid at this, nor was she fazed by overturned pasta and grass on fire, lost ice axes at 5am or a myriad of other distractions which would have had lesser women demanding to be taken to a hotel this instant. He ran her up the Mittleruck at over 3,000m from the Almageller hut, and then almost 2,000m back down to the valley again on the same day, in order to meet the next person, who, unbeknownst to them, had changed a flight and did not arrive until the following morning. At this she complained only of mildly sore knees.

The Allalinhorn next, an interesting enough F+ acclimatisation route from a Mittlestation, now for a small party of 3. Sara, who had never had crampons on before, had to be asked to kindly fall over on them, just for the sake of form, or at least to tread on the rope for a bit so that someone could tell her to stop it.

The Weismies (PD) next and all was well at dawn until it became clear that some equipment had gone walkabout in the middle of the night. This got sorted, after a fashion, but by that time everyone else had gone. In the distance they could be seen toiling slowly up the glacier but how to get there? The tracks led to nothing but messy crevasses. Being told to try 'that way' by two people pointing in different directions at 6am is not much better than having a car full who can all see different parking spaces. Tempers remained intact though and the group knocked a good half hour off the guidebook time and was back down by lunch. A good route full of interesting ice cliffs, seracs, ice caves and crevasses.

Others arrived in the form of Bob Kelly, Alex and Kirsten and they went off to acclimatise on the Allalinhorn, but they got out at the wrong station, and ended up doing a somewhat more exciting route over the Holbhaugrat. A happy AD accident. Alex was sent up to find out what it was all about.

This bigger party then went off to the Almageller hut (again for some) to try the Weismiess traverse (PD). At 5am the skies were starry, but by 6 there was an ugly red tinge to the dawn and by 7am the cloud was down and grey filth was gathering in the valley. The snow patch was icy and steep and full of rockfall in poor visibility. One half of the party abandoned it for the ridge and started scrambling in a rising wind and snow from the east that had started to plaster the rock. Guides and their clients stood around getting cold and prevaricating before going lower. Both parties ploughed on though and after who knows how long, say it ever so quietly, the wind dropped and the sun came out. The final knife edge arête was a delicate breeze and the way down to the Hohsaas in a little summer mist rounded off a grand day out.

Meanwhile, another party determined not to pay for anything as frivolous as huts or uplift (Trish and Al) had been off to bivouac below the Dri Hornli ridge and had done the aforementioned traverse in wall to wall sunshine. And then they had walked down to Saas Grund, and round their mountain, and back up to their bivouac. They were a little tired, and only mildly hysterical the next day.

One of the more notable features of this meet were the size of the tents which ranged from one person palatial affairs with anterooms you could get lost in (Alex) to the poorest of hovels with barely enough room for the occupant and her rucksack, never mind to swing a cat. Mind you we might have liked to have swung one particular cat. We thought it was a cat, it might have been a fox, it probably wasn't camping Swiss pixies but whatever it was it had a good line in dragging breakfast bread across the campsite, batting Tupperware boxes tucked under tent flaps into the undergrowth and stealing eggs. It turned its nose up at Kirsten's garlic sausage though.

Climbing came next. Three pairs set off for the Jagihorn at just over 3000m, one to climb the 14 pitch face and one to hang off the via ferrata. A nice day was had by all. All parties missed each other b y about 5 minutes on the top.

The 4,000m final slog was the Lagginhorn followed by the Monte Moro pass and the Joderhorn in chilly in a white out and the Mittagshorn before turning back to the world of dreams.

Overall, a great time was had by all. Now all we have to do is decide where to go next year!

[Bare photos supplied by Andrew G: Most are around the Allalinhorn].

At last, it can be announced. This year's Alpine Meet will be held at Saas Grund in the Saastal valley, in the Valais Alps East.

Saas Grund is an ideal base surrounded by several 4,000m peaks including the Lagginhorn and Weissmies on the east side of the valley and the Dom, the Täschhorn, the Lenzspitze, the Nadelhorn and numerous other peaks on the west side. Routes of all standards are available with plenty to do for those with all levels of experience.

Hope to see as many as possible.

Would all members either definitely, or thinking of, attending the Alpine meet please get in touch with Andy Grantham so that numbers can be confirmed. Car sharing - there is room for 1 in at least one car driving down to the Alps, please reply if you are interested. 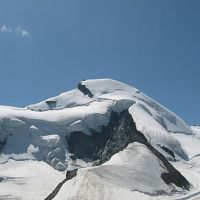 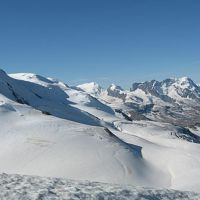 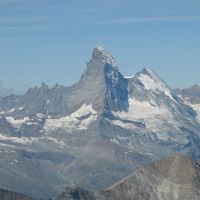 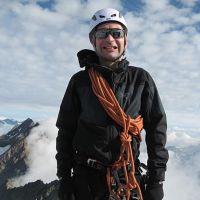