After several false starts and delays waiting for late arrivals to boot up, the meet leader and a small select group of people finally left the car park at 10.20am to take the Joe Flynn route variation to join the main Pennine Way path. Joe’s route, which he insisted was quicker, took in the dam, lots of bog and one the remains of one or two rather dodgy looking bridges and was definitely more entertaining than the traditional route.

The walk in was warm, dry and sultry (I believe this is a poetic word for overcast and dodgy looking) but the rain did hold off for most of the day and the bit of precipitation that eventually fell was light and drizzly. On arrival the crag was found to be damp, slimy and several shades of green causing those people attempting to climb to utter some rather interesting expletives; at one point Mark was accused of using language ‘as colourful as the crag’. To counteract the slime some rather interesting climbing techniques were used, with Ding demonstrating some ultra wide bridging in search of dry holds and a rather unique horizontal climbing technique, with lots of contact points to maximise friction. However after witnessing two rather nasty falls, with Trish hanging upside down from the rope and Clare taking a forward summersault from the path and nearly disappearing over the lower tier, many people gave up any attempt at climbing and settled on enjoying the social aspects of the meet. As always the stove was set up in the cave area and put to good use for making copious cups of tea to accompany the fantastic assortment of cakes and goodies on supply.

Lots of people arrived at the crag from a variety of directions, with Jim walking in from home in Mossley and, to my knowledge, putting in the longest day climbing on the crag before wending his weary way back (that’s keen for you!) Other people called in at the crag to catch up and join in the banter before continuing with their walks and others…like the meet leader...made no pretence of further exercise after the walk in. All I know is however people got there and whatever they did, it was fantastic to see so many people at the crag and I would like to thank everybody that attended for making the day so special.

One final mention must go to Ken…whilst he was not seen at the crag, there were rumours that he had set up base camp at the car park in Crowden, collecting hugs and kisses from the ladies and a share of Trish’s passion cake!

A great local crag with a true mountain feel, that offers something for everyone. One of the first crags I visited on starting climbing so I can recommend it for novices and newcomers are welcome. In true KMC tradition I will have a stove fired up in the social hotspot, the cave, and brews, biscuits and cake will be available until supplies run out; all contributions will be gratefully received. I will be leaving the car park at Crowden at 10am for a leisurely walk in and, on the off chance that the odd top rope may be available, may consider taking my climbing boots. 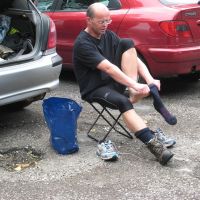 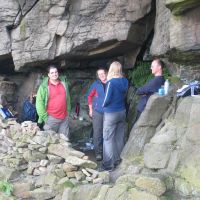 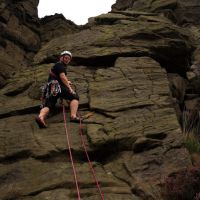 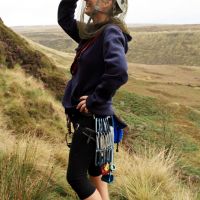 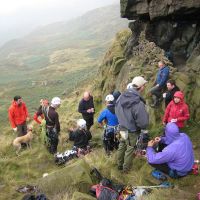 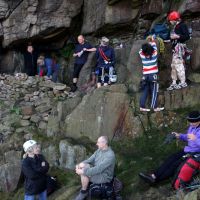 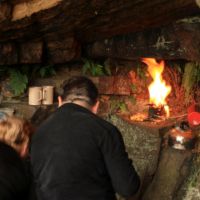 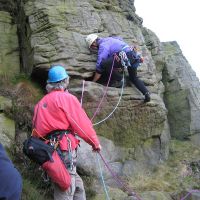 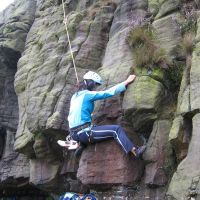 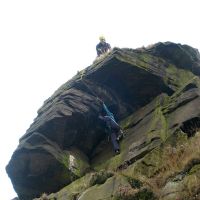 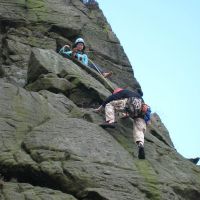 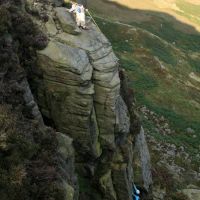 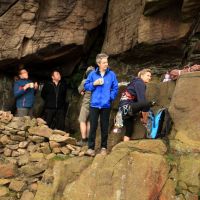 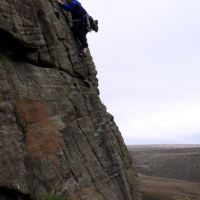