Early start by Jim and Paul, bagged them several routes before the others arrived, and allowed Paul to concentrate on photos for the rest of the evening. Gareth made an impressive ascent of Morgue Slab (E2 5b) just in time to see the fabulous sunset from high up on the hill and the other routes climbed were: Twin Caves Crack (S 4a), Grooved Slab (VS 4a), Eliminate 1 (E1 5b), Agag (VS 4c) and as some training for the coming months an ascent of Flake Crack (HVS 5a) was done just as day turned into night.

On the way down Gareth's trainers learned why they had never been outdoors before and why they will remain outdoors for ever more. Helsby Arms for drinks and crisps and after only 1 round of votes New Mills voted in for next week (BBQ optional!) 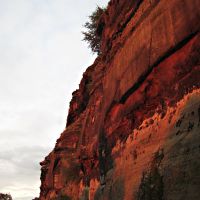 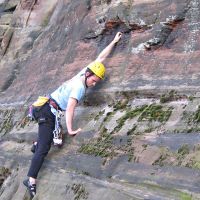 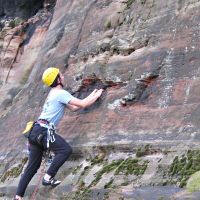 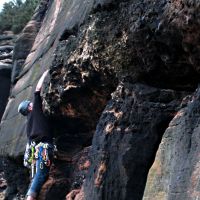 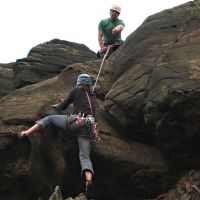 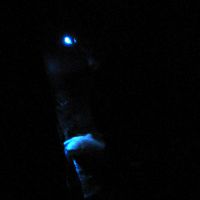