A reasonable number of people turned up over the course of the long weekend, despite an uninspiring forecast for an Easter meet which was relatively early in the year. We had one dry (but chilly) day on the Friday, followed by a wet Saturday, and mixed weather on Sunday and Monday; nevertheless the weekend saw a fair amount of activity on the hills and elsewhere (including a fair number of tea shops).

The first arrivals – Gareth & Lucie, followed by Dave & James, and then Colin & Mary – all reached Ty Powdwr between about 10 and 11am on Friday, and wasted no time (well not much anyway) in getting on the hill as it was forecast (correctly) to be the best day, weather-wise, of the holiday weekend. Conditions were in fact dry but cold, though very windy high up.

Mary and Lucie dropped off Colin and Gareth below Dinas Comlech in the Llanberis Pass, and then went on for a circular walk around Llyn Gwynant taking in the scenic waterfalls above Nantgwynant, before returning to collect the lads at the end of the day.

Colin and Gareth had a busy day after being dropped off at Dinas Cromlech, climbing Sabre Cut Direct (HVS 5a – i.e the Sabre Cut variation via the 5a first pitch of Curfew), and Noah’s Warning (VS 5a), with both routes climbed as alternate leads. The notoriously awkward wide corner crack which forms the 4b finish to Sabre Cut (and its Direct) turned out to give the trickiest climbing of the day, despite having the easiest guidebook grade of all the pitches climbed (the 5a first pitch by contrast was equipped with 4 in-situ wires which gave it the feel of a sport route)! It was also windy high up, as Colin found out when his cap blew off between routes, to be recovered later on descent (down a stream apparently).

James and Dave meanwhile went round to the Ogwen valley and up to the East Face of Tryfan. Their original objective of Grooved Arete (HVD) turned out to be host to a rather predictable long queue, so they opted for the only slightly less popular Pinnacle Rib Route (aka Second Pinnacle Rib) (VD, omitting the optional final S ‘Thomson’s Chimney’ pitch due to the advanced stage of the afternoon, the high wind chill factor and the uninviting aspect of the cold dank cleft above them). They got back down to the car, via a steep gully descent and the Heather Terrace path, just as darkness fell. After a quick shopping trip to Bethesda they finally made it back to Ty Powdwr despite Dave’s navigational errors trying to find the correct route via Mynydd Llandegai...

The day dawned windy and wet. James, who had to be home by that evening anyway, decided to visit Llanberis then go straight home.

Mary, Lucie and Dave went over to Anglesey to see Roger and Sally Dyke and their family in Rhoscolyn (thanks all for your hospitality), stopping off for a short (and somewhat damp) walk through Newborough Forest by the estuary. Arriving at Rhoscolyn, they went for walk with Roger to the National Coastwatch station, along the cliffs past St Gwenfaen’s Well and Porth Gwalch as far as Porth Saint, then back via Rhoscolyn church and beach – the rain mainly stayed off except for the final homeward stretch, although it was quite slippy underfoot as Roger in his wellies was to find out! After mugs of tea and some of Sally’s excellent simnel cake in honour of the season, Mary, Lucie and Dave headed back to Ty Powdwr.

Meanwhile Colin and Gareth had headed south to Carreg Hyll-Drem, where it turned out to be too wet even for the Girdle (HVS 5a), which is normally sheltered from inclement conditions by a substantial overhang above its traverse line. After teas at that other traditional wet-weather climber’s fallback in the Tremadog area, Eric’s Café, they went to look for a crag (possibly Craig y Gelli?) on Moel-ddu – they did indeed find a crag, though whether it was the right one wasn’t clear; but again the wet weather dissuaded them from any climbing.

Stuart, Bethan, Alex and Helen arrived at the hut in the afternoon, and went to The Heights in the evening while the older folk had a quiet night in at the hut.

Hail during the early hours gave way to a day of rain showers and sunny intervals, at least at lower altitudes.

Colin and Gareth were again the only ones to venture into the hills, namely Y Garn (it was established that this was the Nantlle one not the Ogwen one) where they slithered up a ‘very wet and slimy’ Eastern Arete (Diff or V Diff according to guidebook) – apparently this was ‘a good day out’, with a touch of hail for added interest!

Lucie, Mary and Dave walked to the relatively new local-ish café of Lodge Dinorwig for some tasty French onion soup (free wi-fi also available, for those who can’t bear to be offline), and down via the Fachwen road to Llyn Padarn and Llanberis. The gear shops did well out of their visit, to the tune of a fancy Osprey rucksack (Dave), a fetching fleecy top (Lucie), and maillons and a daisy chain (Mary) – after all that shopping, a trip to Y Pantri for tea and cake was required as preparation for the walk back up to the hut via Padarn Country Park.

Meanwhile Stuart, Bethan, Alex and Helen took a trip to the Nantgwynant waterfalls (its second KMC visit over the space of a few days), then found their way to Portmeirion (but didn’t go in as they weren’t sure what it was – obviously not fans of cult 60s TV series ‘The Prisoner’ then!) so went to the beach at Black Rock Sands instead. They again went to The Heights in the evening, while the others had their evening meal at the hut (sampling Mary’s delicious poached pears in chocolate sauce).

After a damp start, passed mainly by some tidying and cleaning at the hut, the day turned fine later on.

Stuart, Bethan, Alex and Helen headed straight back to Manchester and London.

Colin and Gareth once again were the only team keen enough to head for a crag, this time Gogarth on Anglesey. Gareth led the first pitch of A Dream of White Horses (HVS 4c), but after a couple of days of rain the rest of the route looked uninvitingly wet due to seepage so they escaped by following the general line of pitch 1 to the top. After a comedy of errors involving missing each other at both Malltraeth and then Newborough, they finally managed to meet Mary, Lucie and Dave on the second attempt at Malltraeth.

Mary, Lucie and Dave meanwhile had been to Caernarfon, where they wandered by the harbour and the castle, had a look in the Book Cave second-hand bookshop and had lunch at the Wal café. They had then headed to Anglesey, intending to meet Colin and Gareth at Gogarth but instead (due to the climbing team’s early finish) eventually catching up with them at Malltraeth as outlined above! Having met up however, they rounded off the long weekend with tea and cake at the Riverside Café in the village before heading for home – although some confusion over packing led to some of the group needing to make a detour via Ty Powdwr to retrieve Colin’s boots and rope first...

As in the past couple of years, I will once again be convening a spring-time holiday meet at the club hut Ty Powdwr near Llanberis, although on this occasion the meet has been brought forward to Easter. (The date of Easter falls relatively early this year so the weather might still be a little chilly – however the new heating & ventilation system should ensure the hut and its dorms won’t be!).

The hut of course provides a great base for members, guests and newcomers to get together in a convivial setting, with the usual full scope for trad & sport climbing, hillwalking, scrambling, running, mountain biking, wild swimming, gear & tea shop visiting etc among the beautiful mountains of Snowdonia. 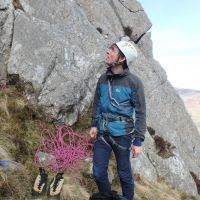 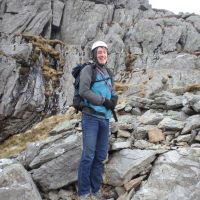 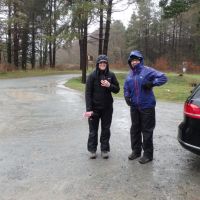 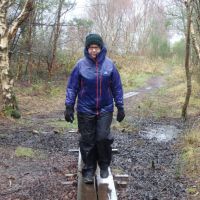 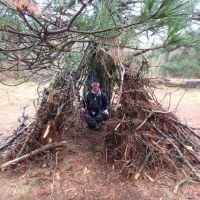 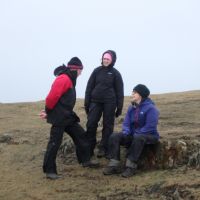 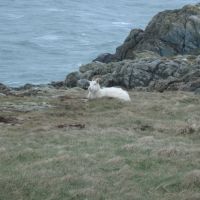 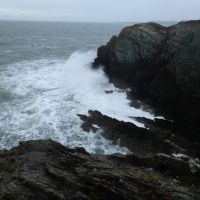 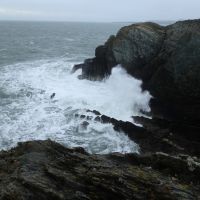