Many years ago – most likely 1972 – I was at The Roaches with Bowden Black one dull November day.  We were prowling Skyline looking for something suitable for the damp conditions when the drizzle arrived.  We dived into a little cave where we were joined after a few minutes by a pair who’d been on a nearby route.  Bowden asked “Did you like that route?”, prompting a lively discussion about the detail of the route.  “ How come you know it so well?” one of the lads asked.   “It’s one of my routes” said Bowden.  “I did the first ascent.”

That was by no means the only route at The Roaches that was pioneered by Bowden and other KMC members.    In the 1940’s and early 50’s KMC members opened up many of today’s classics, including Technical Slab, Maud’s Garden……   We even had a hand in the superb classic “Valkyrie”.

This weekend, we’ll celebrate their contribution to UK climbing, hopefully by repeating the routes but failing that by drinking to our predecessors’ memory.

We’ll be staying in the Don Whillans Memorial Hut, skilfully integrated into the lower tie of the crag.  There are 2 dorms, a total of 12 places.   Lots of info about the Hut at www.donwhillanshut.co.uk

If you decide to come for just the day and not stay, that’s fine.   We residents will treat you to coffee & tea, then in the evening you can treat us to supper at the pub.

One of the best Diff’s here is the meandering one-and-a-half pitch “Inverted Staircase” with its tunnel finish - but it's not a beginner's route.

More conventional routes include (in order of increasing difficulty to me) :-

“Right Route” just VD – you can skip the rather bold 2nd pitch.

“Tealeaf Crack” S 4a – easier than it looks, but I have fallen off it even so.

“Damascus Crack” HS 4b - superbly protected (but only if you put runners in, as Neville once reminded me).

“Runner Route” HS 4b – nice gear just when you need it, but nothing before that.

“Jelly Roll” VS 4b– fabulous finish, that I only managed with help from James last week… If you can get out of an empty swimming pool onto the end of a diving board, you’ve no problem with this.

“Technical Slab” HS 4a needs nerves of steel.  And little else.

“Rotunda Buttress” VS 4c is another of Bowden’s routes, and has a superb finish.

To the R of Rotunda “Batchelor’s Buttress”  VS 4c taken direct is excellent.

If you’re into HVS and above, you don’t need any guidance from me and you’ll relish   “Saul’s Crack”, “The Sloth”, “Roscoe’s Wall”….

For something easier and more direct, to give newcomers a top-rope on, “Breakfast Problem” VD and its neighbour “Days Gone By”  share a stonking belay on top of Alpha Buttress.

Or there are the nicely-sheltered cracks at the RH end of the Lower Tier around “Commander Energy”, if they haven’t been bagged by a Group. 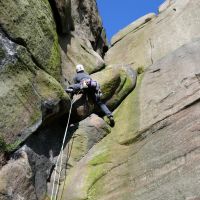 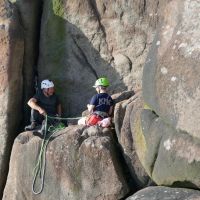 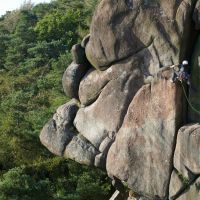 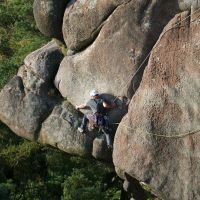 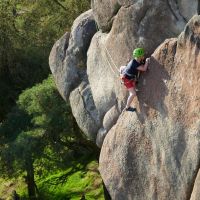 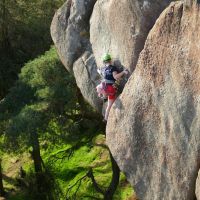 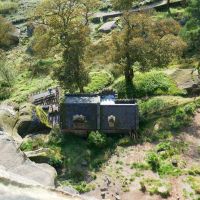 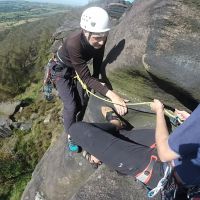 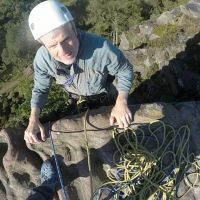 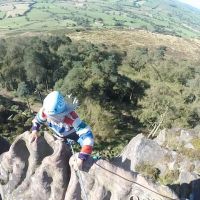 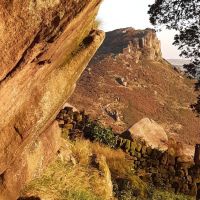 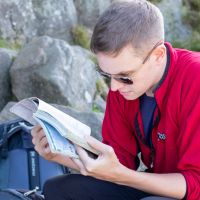 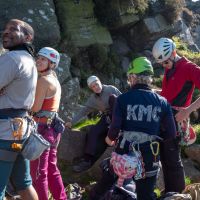