Millstone always feels like a tough and imposing venue and this warm but windy evening was no exception. Andy opened the evening with pitch 1 of Covent Garden (VS) – both Jim and Andy declining to climb P2 – the exposed and poorly protected arete. As they arrived back at the crag base Gowry and Caroline had just arrived and opted for a trip to the garden centre on The Scoop, a starred Diff which is in need of a little traffic! Jim blasted up The Mall (VS 4c) followed by Andy.

As Rory had arrived with Rhubarb (yes, the dog!) he opted for photography rather than climbing so there are some fine shots of most of the team having a crack at Embankment Route 2 (VS 4c) led with a relatively minimal amount of grunting from Jim. Caroline gamely followed, laybacking almost all the way, followed by Andy, then father and son team Jacob and Steve Torley.

Gowry and Caroline then headed round to Hells Bells buttress bay for a couple of easier routes, whilst Andy followed the polish on ‘The Great Slab (HS 4b), then the excellent upper section. Jacob followed in fine style, then Jim. Steve had an interesting time balancing on the slab, finding the polish in all the right places.

Wo!! Is it the best gritstone quarry in the whole UK? Yes it is! Millstone is the obvious gritstone scar that stands ominously above the village of Hatherasge in the eastern Peak. It is known for its cracks, and is thought by many to have some of the best crack climbing in the UK. During the 50's and 60's Millstone was used as an aid climbing venue, but as the hammered pegs enlarged the cracks, the cracks became big enough for fingers, and strong fingers meant that climbs went free. The number of quality routes is simply awesome, and despite popular belief they're not all crack climbs, and they're not all hard either... Details can be found here:

The parking for Millstone is Surprise View carpark. This is a paid carpark and the machine is working ATM. Card only. Officially, the meet will begin at 6pm but it is common for many to arrive earlier. Please keep an eye on scribble for updates and check the promo before you come out. It'll be a great evening, see you all there. 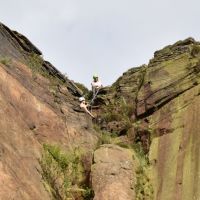 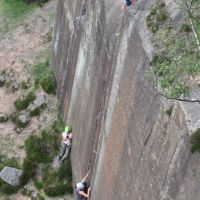 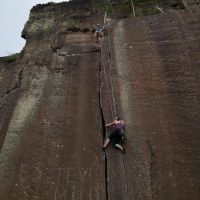 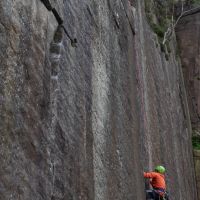 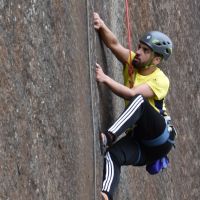