All the usual suspects turned up at the FRCC hut, Birkness which is right on the shore of Buttermere. The meet leader was early enough to have a swim in the lake before everyone arrived. The hut was suffering a water supply shortage so showers were to be brief or non -existent. This suited us just fine as we would be the cleanest group of walkers around after what we had in mind.

Saturday started damp and humid and after posing for photos by the lake we set off for Scarth Gap. It was lovely to see Ding able to keep up and take part fully in the fun. We re-grouped after spreading out along the path and headed up in the drizzle and mist from Scarth Gap to the Summit of Haystacks where the Meet Leader assured everyone there was a small but swimmable tarn. One look at the oversized puddle with rocks sticking out and the mist swirling about put most people off. Mark Ashley and I were not to be deterred launched ourselves in and were able to swim quite a few strokes without banging our knees. The next stop was Innominate Tarn and most people decided to get in. The temperature was similar to the last one at just over 14 degrees but we all got in with just cossies. There was a spectacular array of PCCs on display (personal changing cubicles for those who don’t know). It’s a shame the mist was still swirling round as there is a fine view of Great Gable as a backdrop to this tarn. After stoking up on courgette tea loaf we made our way the short distance round to Blackbeck Tarn. By now the weather was clearing and there were some dramatic views down to Buttermere. Blackbeck was an even better swim as we could actually see each other and not have to guess whose that head was in front of you in the water.

In improving weather we all walked round to the top of Wharnscale Beck. Michelle, Mark and Kirsten deviated across to Dubs hut and Fleetwith Pike whilst the rest of us set off to find Wharnscale Bothy under Green Crag. After fixing the fairy lights and admiring the view from the window (which has glass in it) we continued down the old track to Wharnscale bottom. It was warming up now and the sun came out. We continued to Gatesgarth and down  the north side of the lake for a final swim below the Hut. Even Dave Wylie and Sue got in here. It was windy but lovely sunshine and great views and best of all the water was tolerably warm. We had walked 7 miles at the amazing overall speed of one mile an hour.

Back at the hut no one needed a shower but the drying room was very necessary for all the swimwear. In the evening Pete Leeson and his partner cycled over from Keswick and after a good catchup cycled back again in the growing gloom. Whichever way you go there are hills

On Sunday Mark and Michelle went for a long bike ride as training for a forthcoming 100mile charity ride but not before a swim in the lake first. The rest of us set off for Bleaberry Tarn which is in an imposing cwm under Red Pike. Yet more swimming took place in colder water so there was a bit of squealing. Dave, Kirsten and I went up Red Pike where it was incredibly windy. Kirsten flew back down the path with me in her slipstream, my thighs are still recovering from that! The rest sauntered off from the tarn to the cafe in Buttermere village.   Dave went over the High Stile ridge to Scarth Gap. He arrived at the hut not long after everyone else.

This was a cracking meet, and I certainly enjoyed myself in grand company. I did observe that everyone attending was probably over 50. Is it only the olds who are barmy or can’t the youngsters in the club get on board with taking your kit off and on again 4 times in one day?

Once again we have organised a spectacular swimming meet involving swims in up to 5 Tarns and 2 lakes in two days. Accommodation is booked at the FRCC hut at Birkness for 5 Females and 10 males.  Let me know if you definitely want a space but I’m sure there will be room if you decide to come at the last minute when the weather forecast is more predictable. There is a good campsite at Buttermere village too.

The main plan is to walk from the hut to Red Tarn under Red Pike then walk along the ridge to Scarth Gap to the 3 tarns around Haystacks. There is a tiny one just under the summit followed by Innominate Tarn (yes it is deep enough) and Blackbeck Tarn. For those not exhausted a swim in Buttermere on the way back seems a good option.

The following day a swim in the delightful Dale Head Tarn followed by Derwentwater on the way home could be fun.

For those contemplating their first outdoor swimming adventure you will need footwear to swim in plus cossie and any extra rubberware  you might require depending on the temperature. A warm jacket, woolly hat and a hot drink afterwards make the whole process slightly less painful. Non swimmers are welcome on the meet but will be required to take photos and generally heckle from the side. 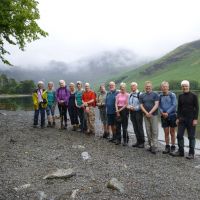 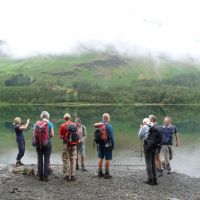 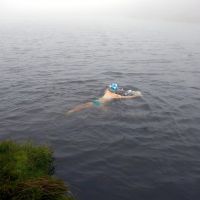 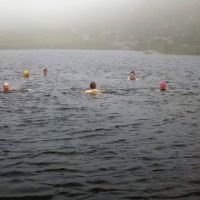 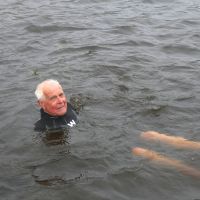 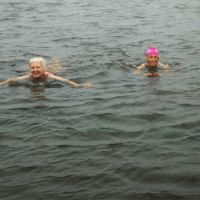 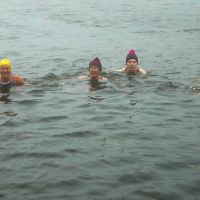 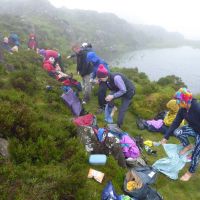 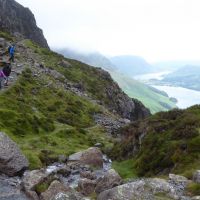 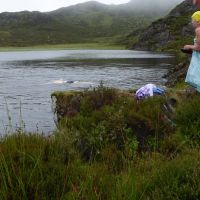 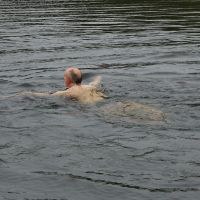 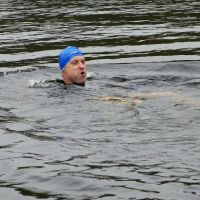 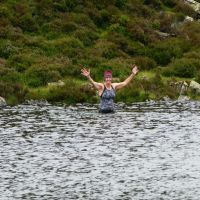 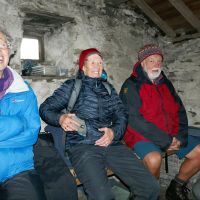 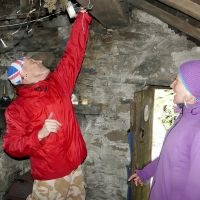 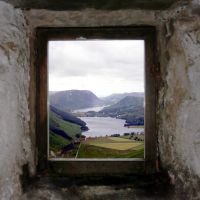 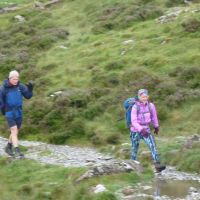 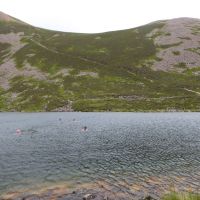 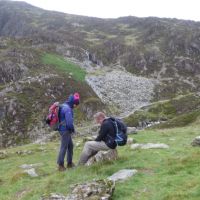