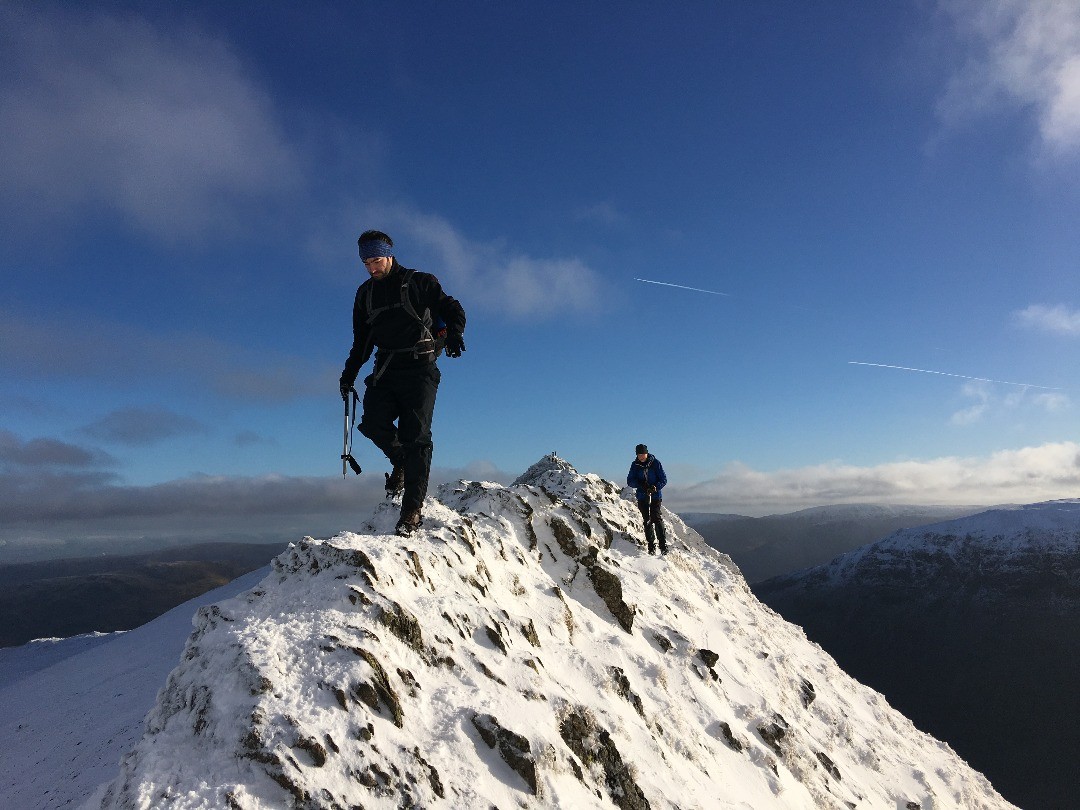 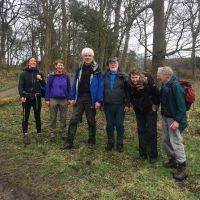 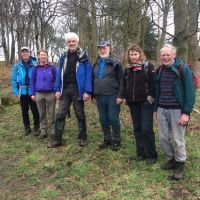 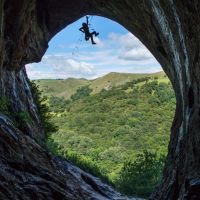 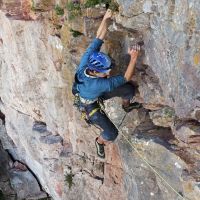 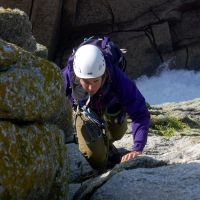 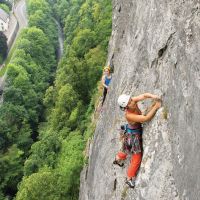 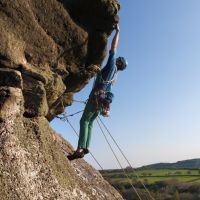 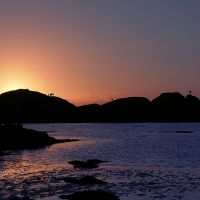 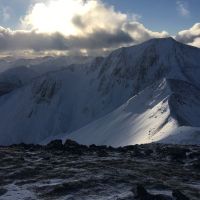 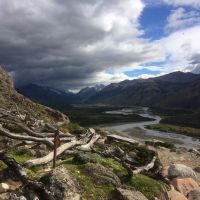 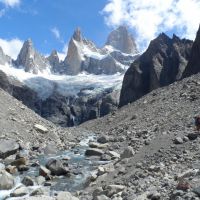 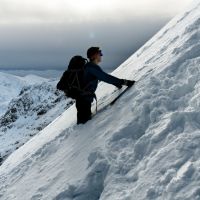 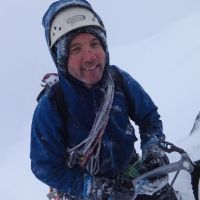 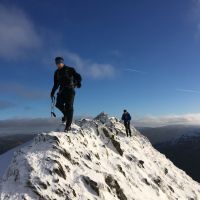 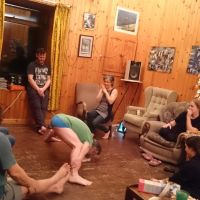 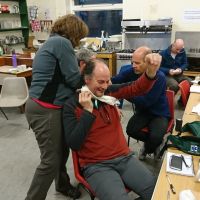 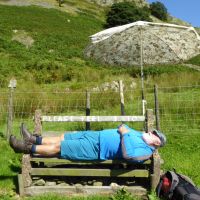 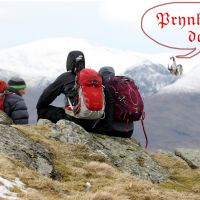 We met in the Longshaw Estate car park – (National Trust for reference) and once we had rounded
up people who were at Fox House up the road we set off through the Estate to cross the Hathersage
road and ascend the path through fairly dry heather moorland towards Burbage edge and rocks –
where we stopped for an early brew stop and a chat with the climbing group, Andy belaying &amp;
feeling the cold wind perhaps more than us as we had warmed up by then. After this pleasant
interlude, and as we had cooled down, we set off for Higger Tor and the descent to Carl Wark, where
we attempted a massed assault on its northern defences (see photo by John). The weather was
deteriorating somewhat as we made our way to the head of Padley Gorge, and it rained properly
while we had lunch – but it was a lovely spot and we were hungry ( except Dave) and so ate on and
were rewarded with a visit from a duck, (it had its eye on a piece of cake Roger had temporarily
abandoned).


The walk then follows the gorge to descend through the woods and emerge on the lane – left here
to Grindleford Station café for a cup of tea and a chance to use the loos. The rain had stopped by
then.

Steps on the left took us up to the road and across it to climb a steep path heading north and an
uncertain network of paths back to the Longshaw estate car park – getting there at 4pm as planned.